I received my BSc. in Chemistry from Ege University, Turkey in 2006 and M.Sc. in Cancer Pharmacology from Institute of Cancer Therapeutics, University of Bradford, UK in 2008. Then, I worked at major Turkish pharmaceutical companies (i.e. Neutec, Bilim and Deva) as an R&D senior scientist to manage all technical aspects of the product development processes. After working for 4 years at major pharmaceutical companies, I chose to return to my academic career at the School of Pharmacy in Kumamoto University, Japan in 2012 as a Japanese Government (MEXT) PhD scholar to develop anticancer and anti-HIV drug candidates. I received his Ph.D. in Pharmaceutical Sciences in 2016 and immediately after, I began working as a JSPS (Japanese Society for the Promotion of Science) Postdoctoral Fellowship at the same school. During my postdoc, I had a close collaboration with Stanford PULSE Institute for SFX-based drug development. In 2017, I entered the TECH PLANTER start-up business project competition with a project named as “Finding a Cure for HIV and AIDS by the New Treatment” and received two awards (Special Award, and Hakuzo Medical Award) in Japan. Subsequently, we launched a start-up company in 2018 named Science Farm Ltd. together with Professor Masami Otsuka and Mr. Kataoka Yoshitomo to commercialize our patented drugs. In 2019, our company opened a new department at School of Pharmacy in Kumamoto University called “Medicinal and Biological Chemistry Science Farm Joint Research Laboratory”. I am currently working as Vice President of this company to make Japan-origin pharmaceuticals and biopharmaceuticals products accessible in Turkey and also leading collaborative studies at Koc University as a Visiting Researcher. 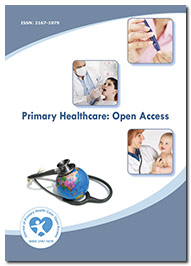