In his second year of college, Doctor Paryani was admitted early to Medical School in the Junior Honors Program. After graduation from Medical School near the top of his class, and being inducted into the National Honor’s Society of Alpha Omega Alpha (AOA), he traveled west to Houston, Texas for his internship. He received training in Internal Medicine at the University of Texas and M.D. Anderson Hospital. Following this, he kept traveling west and landed in Stanford, California, where he received his training in Radiation Oncology. Following the completion of his training in 1983, he returned to Jacksonville to join his father and Doctor Walter Scott in practice. He helped found the Florida Radiation Oncology Group (FROG). He has served on the UNF Foundation Board, College of Health Dean’s Council and the Health Administration Advisory Board.

Dr Paryani was selected as the UNF Distinguished Alumnus in 2007 and the Distinguished Alumnus of the Department of Health Administration in 2017. He has a strong interest in education. He founded the Continuing Medical Education (CME) program at Memorial Hospital in 1991 and has served as Chairman of the CME Committee for over 20 years.

He has also served on the FMA CME Committee for Accreditation since 1995 in various capacities including Chairman and Surveyor. He is an engineer, nuclear physicist, physician, scientist, teacher, innovator, entrepreneur, and philanthropist. 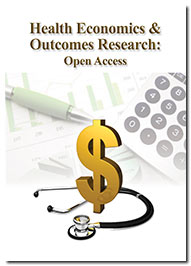