From multi-drug treatment to a single multitarget drug: A new path in the treatment of cancer

From multi-drug treatment to a single multitarget drug: A new path in the treatment of cancer

Drug discovery and development is a resource-intensive endeavor that does not always end in success. One of the particularly illustrative examples of this challenge is the development of drugs for cancer treatment. Cancer is one of the leading causes of death worldwide and currently used chemotherapy causes several serious side effects. Hence it is advantageous to combine traditional methodology with new computer-assisted technology to increase the success and lower the investment involved in drug research. The aim of the present work was to develop new compounds with an epigenetic approach for treating cancer cells. This means generating a compound that could inhibit HDAC and ODC while depleting the high level of thiol-containing compounds existing in cancer cells. Overall, the objective is to have an extended conformation of DNA because this tends to silence proliferative genes and activate anti-cancer genes. Additionally, the greater oxidative stress has been shown to lead to death by apoptosis in mitochondrial cells. In silico results allow us to predict that α,β-unsaturated compounds will react with thiol-containing compounds in a selective way by a Michael type 1,4-addition reaction. Moreover, molecular docking clearly demonstrates that one moiety of the ligand recognizes the catalytic site of HDAC while the other one recognizes ODC, a theoretical result that has been corroborated by in vitro studies. Cell viability did not decrease in noncancerous cells (epithelial cells, HaCaT, THLE-3), it did indeed do so in human cancer cells (HuH7, HepG2, Hela), it was found an inhibition constant of 1.5μM estimated for ODC and HDAC. Finally, the administration of one or more of these compounds in an in vivo model was able to extend the life of mice in survival experiments, reaching up to double the time found in the control. This is a preliminary contribution to pave the way for clinical testing of this kind of molecule.

Pioneering in Mexico in the field of medicinal chemistry, Dr. Trujillo has focused on rational drug design based on the physicochemical properties of ligands and receptors, by using new technology. His different research lines include cancer, obesity, adrenoceptors, Parkinson’s, diabetes, and many others. Dr. Trujillo has authored more than 125 publications and has more than 876 citations. He has been the advisor for 72 students to obtain a university degree. He is a member of the National System of Researchers, level III, and is currently in charge of the Ministry of Research and Graduate Studies of the Instituto Politecnico Nacional. 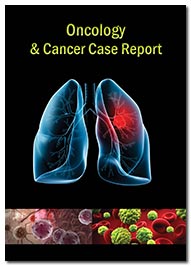