Classification, Features, and Prevention of Gangrene

Classification, Features, and Prevention of Gangrene

A section of the body will become necrotic from a lack of blood and oxygen, which will cause the tissue to die. This condition is known as gangrene. A harmful bacterium infects the wound in the affected body part in many cases of gangrene. Although any region of the body can be afflicted, feet, legs, fingers, and hands are more vulnerable because they sustain wounds more frequently, and if proper precautions are not taken, these wounds can get infected by pathogenic germs. Human males and females have both been known to have this condition. Gangrene can be triggered by a variety of circumstances. There are three distinct forms of gangrene, including dry, moist, and gas gangrenes. Under the heading of gas gangrene, there is a specific Fournier gangrene that affects the genitalia or perineum. These many types of gangrene have been briefly reviewed in the current mini-review. There has also been discussion on the causes of these various forms of gangrene. The most serious of the three diseases is thought to be gas gangrene. Clostridium perfringens is a major pathogenic bacterium that can cause both wet and gaseous gangrene. It has also been briefly covered the most recent research on this bacterium.

A clinical disease known as gangrene involves ischemia and necrotic tissue that is frequently encircled around a finger or other extremity. Sloughing of the normal tissue planes and accompanying brownish or black tissue serve as indicators. Wet gangrene, dry gangrene, and gas gangrene are the three primary varieties of the disease. It is common for peripheral artery disease to precede into dry gangrene, which is dehydrated, ischemic tissue caused by increasing ischaemia distal to arterial blockage. With accompanying edoema and erythema but no crepitus, wet gangrene which could also be dry is worsened by a secondary infection. Edema, crepitus, and gas can all be seen on radiographs in gas gangrene, a particular kind of necrotizing illness. The infectious factors that induce gangrene overlap with necrotizing soft tissue infections, which entail necrotic skin lesions that can spread into the subcutaneous, fascial, and muscle compartments.

Gangrene is the medical term for when a body component necrotizes as a result of a lack of blood and oxygen. It is a specific form of tissue death. Necrosis can occur anywhere on the body, however it has been observed more frequently in the hands, fingers, feet, and toes. These are the areas that sustain injuries most commonly after being harmed. Human males and females have both been described as having gangrene. It can occasionally be found in the body's internal organs. It is sometimes described as occurring in an area of the abdomen. People who skip meals have been demonstrated to be less healthy. Correctly, diabetes patients and elderly individuals whos filling of wounds take longer and makes them more susceptible to illness than others. When present, gangrene's phenotypic signs include observable components include a shift in skin tone to crimson or black, Skin deterioration, numbness, edema, etc.

There could be a variety of causes for gangrene to occur. Arteriosclerosis obliterans (a pathological condition in which the arteries that carry blood from the heart to other parts of the body thicken and stiffen, causing a restriction in blood flow) and thromboangiitis obliterans (an inflammatory vascular-disease, also known as Buerger disease, in which inflammation begins within tunica intima and affects small and medium-sized arteries and veins in the body, leading to prothrombotic.

Slow blood flow in a particular bodily region causes ischemic tissue, which may further develop into coagulative necrosis (accidental cell death). The syndrome prevents any modification in the veins' ability to supply the heart with blood. Acute limb ischemia or peripheral artery disorders are frequently to blame. The likelihood of developing dry gangrene is higher in people with hypercholesterolemia, diabetes, or arteriosclerosis. the ischemia part's delayed oxidation process and the inability of germs to survive cause dryness and a shrunken, reddish-black look. These effects are caused by the ischemic part's slow oxygen supply. It could fall off if the afflicted (gangrenous) section is not surgically removed. The patient with dry gangrene experiences extremely painful symptoms. even when there is no infection in the afflicted area. The patient may occasionally experience burning in the area that is being treated. The majority in the majority of cases, dry gangrene poses no threat to life. If sufficient precautions are taken provided medication is continued, the patient can feel better.

Saprogenic bacteria cause wet gangrene to occur. Frequent infectioncausing microorganisms are Clostridium perfringens, Klebsiella, Staphyloco ccal sp., and Streptococcus sp. likewise Bacillus fusiformis. There is less supply in this situation. a blockage of blood arteries causes a lack of oxygen and blood. The Blood builds up on the injured area, which encourages bacterial growth. There is swelling in due to bacterial infection a smelly area as well as the affected area. The contaminating bacteria emit poisonous chemicals that cause septic disease. Skin is occasionally removed, and then the cells begin breaking. As a result, the cells' liquids spread, which cause the environment around them to be damp.

The main signs of a Streptococcus sp. infection include fever, edoema, and excruciating discomfort in the afflicted area. Within 36 to 72 hours of infection, little yellow vesicles are formed on the afflicted region; these vesicles later turn blue or black. These vesicles eventually break, releasing an unpleasant-smelling liquid. Usually, it happens between seven and ten days. Antibiotics are typically prescribed to treat bacterial infections. On the afflicted area, spraying hydrogen peroxide, a bactericide that also helps to provide oxygen, is advised. Hydrogen peroxide is sprayed by a specialist in a designated chamber because too much of it might be harmful to the body. If prompt treatment is not provided, there is a risk of death from the spread of harmful substances. In order to prevent infection from spreading to other bodily parts, an emergency salvage amputation, such as a guillotine amputation, may occasionally be advised. For the purpose of determining the existence of Clostridium, it is advised to collect inoculum from the suspected body part and to inoculate synthetic growth medium with the organism. This medium should then be allowed to grow under sterile circumstances. The bacteria are positive gramme types. If gas gangrene is present, an X-ray of the diseased area will show minute dots that are gas bubbles within the tissue. Leukocytosis, a disorder marked by a low White Blood Cell (WBC) count, can be seen during a pathological investigation of blood. A low RBC count is also caused by haemolysis, which is caused by RBC rupture. according to a popular theory, exo-toxins secreted by Clostridium or other anaerobic bacteria during expansion cause necrosis and sepsis by rupturing RBCs and other cells.

Copyright: ©2022 William, M. This is an open-access article distributed under the terms of the Creative Commons Attribution License, which permits unrestricted use, distribution, and reproduction In any medium, provided the original author and source are credited. 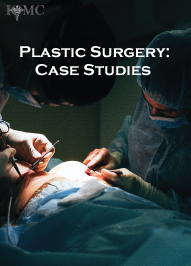